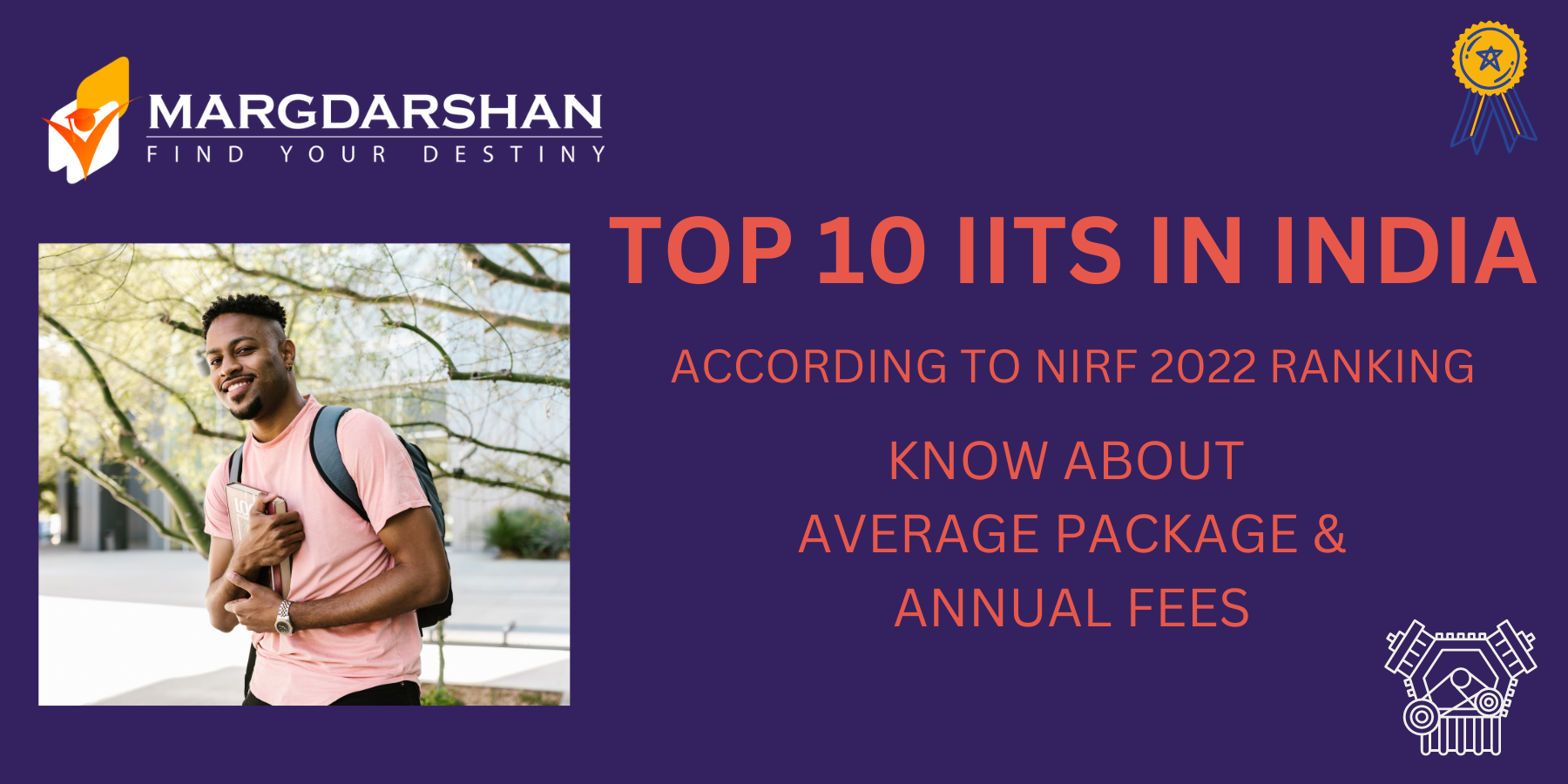 The JoSAA counseling season is here and everybody is gearing up for the seat allocation process. The first mock seat allocation list will be displayed on 18th September, Sunday. Check out the final schedule of the JoSAA 2022 process.

This process will have two mock rounds and six main rounds. You will be allotted seats to IITs, NITs, IIITs, and GFTIs based on your JEE Advanced 2022 and JEE Main 2022 score and rank. If you have any more queries regarding JoSAA, refer to this.

IITs are the top institutes in this country and are a dream of many aspirants. The quality of education provided by these institutions is of a superior level. No wonder, they are the apple of every aspirant’s eye.

If you are one such aspirant, then keep on reading further to know about the top IITs in India.

IIT Varanasi was established in 1919 as Banaras Engineering College and is one of the oldest and most reputed institutions. It was designated as an IIT in 2012. It offers all major engineering streams and has consistently ranked in the top 20 engineering colleges in India.

Established in 2008 as a second-generation IIT, IIT Hyderabad has been consistently on the list of top engineering colleges because of its great academic record, research, and packages. In addition to major engineering fields, courses like Mechanical & Aerospace Engineering, Artificial Intelligence, Engineering Science (Virtual) are offered.

IIT Guwahati was established in 1994. It offers a wide range of streams in addition to major engineering courses like humanities and science disciplines. It has increased its seats to include girls.

Founded in 1847 as Thomason College of Civil Engineering, it was designated as an IIT in 2001. One of the oldest and most reputed colleges in India, IIT Roorkee consistently comes under the top 10 engineering colleges, which offers a variety of courses.

One of the first IITs to be established, IIT Kharagpur boasts a rich legacy since 1951. It has maximum admissions and a maximum number of departments. In addition to B.Tech courses, it offers dual degree courses (B.Tech & M.Tech) of 5 years which includes Quality Engineering Design & Manufacturing, Ocean Engineering & Naval Architecture, Mining Safety Engineering, Aerospace Engineering, etc.

Founded in 1959, IIT Kanpur boasts about its rich research legacy. It is associated with many international universities. It is known for its faculty, quality of education, and campus.

Established in 1961, IIT Delhi acquired the title of university in 1963. It is one of the most reputed colleges in India which offers a vast range of courses across six different streams. The courses offered include B.Tech, M.Tech, MBA, Ph.D, M.S.(R), M.Des, M.Sc, etc.

IIT Bombay was founded in 1958. It is now recognized as one of the top institutions nationally as well as globally. It offers programs in Engineering, Mathematics, Science, and Technology. Top recruiters are seen here in the recruitment process.

IIT Madras was established in 1959. It has been ranked first for the past three years now. Due to its academic environment and courses offered, it has been the top choice of students. It is respected nationally as well as internationally for excellence in technical education, basic and applied research, innovation, entrepreneurship, and industrial consultancy.